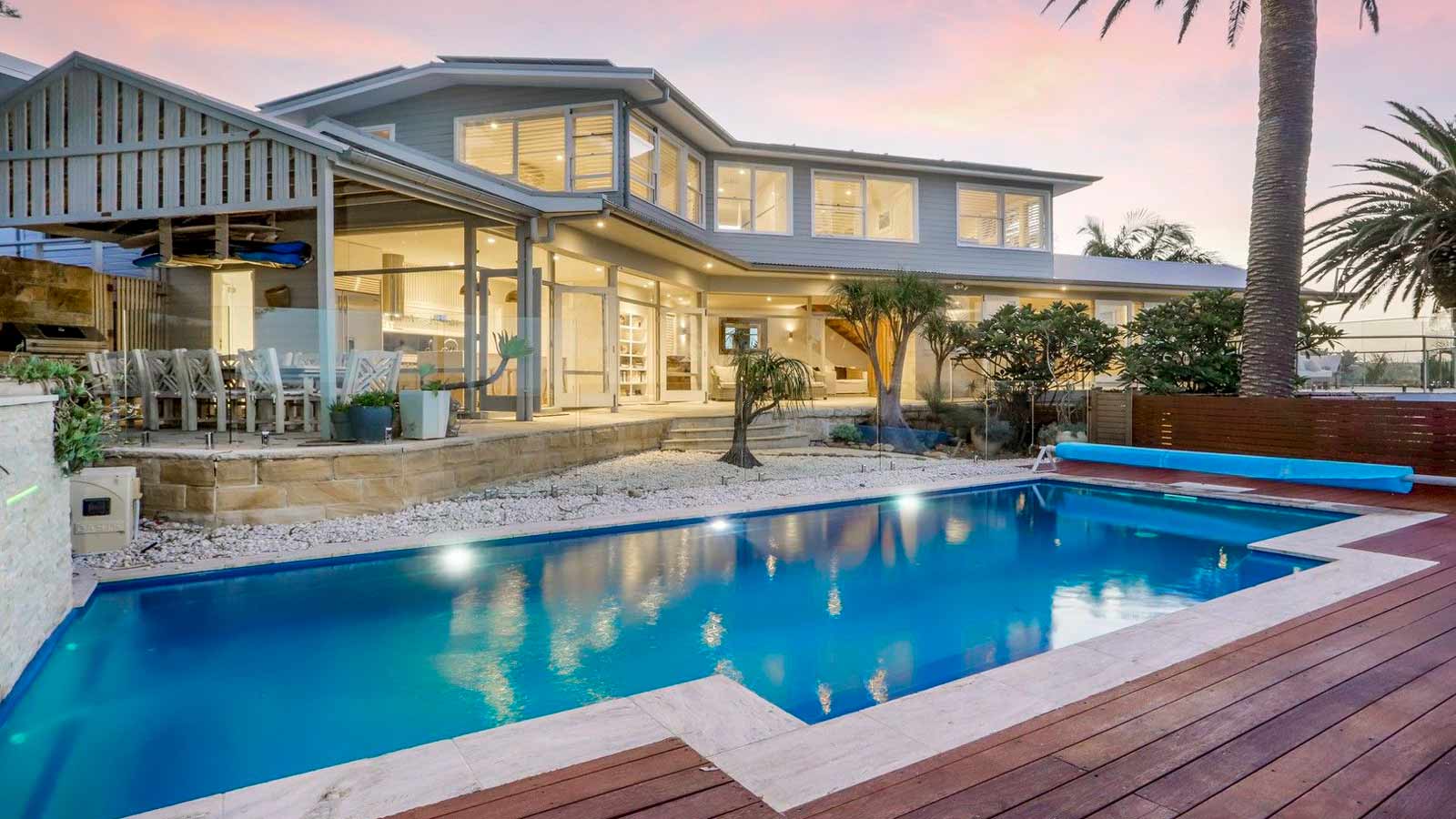 Bruce Raymond– Kelly Slater’s good friend, and ex-CEO of Quicksilver, sells his pad on the beach in Sydney. The house, which includes a guest apartment that Kelly Slater loved to stay in, is going under the hammer tomorrow.

The house is located at 65 The Serpentine, Bilgola Beach, NSW (a coveted nook on Sydney’s northern beaches) and has a price guide of $5,375,000.

It is also one of the few houses in the region to be protected from southern winds, thanks to its northern exposure. The views are a sight to behold.

the The 784 m² property has four bedrooms and four bathrooms. It also has a back garden with three vegetable plots, a farm shed and a mini windmill. Kelly Slater, who is a great friend of the family, lived in a separate downstairs apartment.

“He came to this house to stay for a week but ended up staying for seven,” Bruce said, according to Review of the northern beaches. “Our guest apartment is first class; it had a perfect view of North Avalon.

Raymond is himself a former professional surfer; he learned to surf in the eastern suburbs of Sydney and was ranked world No. 16 in 1977.

He was Managing Director of Quiksilver from 1979 to 2008. According to the Surf Encyclopedia he also had an alluring presence.

According to the EOS, surf journalist Phil Jarratt said of Raymond in 1977, “He’s got that sinister black-eyed look that appeals to women and amazes men.”

“He would have made a good crook, hustler or gigolo.”

Returning to his professional surfing days, Raymond also made the semi-finals of the Pipe Masters, a prestigious surfing competition, two years in a row.

Raymond will remain local, real estate.com.au reports, saying, “This was supposed to be our forever home, but I’m downsizing now. I will stay in the area.

Kelly Slater, who owned property on Sydney’s northern beaches himself (a few years ago now), seems to have a thing for Avalon, despite all the major World Surf League competition in recent history (except Narrabeen last year) taking place elsewhere. in Australia, in places like the Gold Coast, Bells and Margaret River.

Did you enjoy this story?

If so, subscribe to our daily newsletter to receive our top stories.